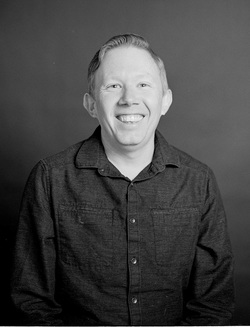 I'm originally from Manhattan, Kansas; my mother and father are both professors at Kansas State.  I have a wonderful, lovely partner Korryn Mozisek who is a faculty member in the Vice Provost for Education's office and the Department of English at Carnegie Mellon University

I spend a lot of time working, as one might expect.  When I stumble over spare time, I like to travel, play poker, garden, or ride my bike. 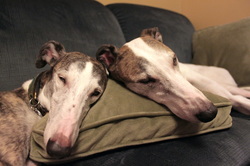 Korryn and I have adopted former racing greyhounds and a galgo from Spain through Steel City Greyhounds and SOS Galgos. Although I was never really a dog person, I've found greyhounds to be truly amazing pets. Despite being "working dogs" that generally get very little human attention, greyhounds tend to be friendly and relaxed around people, even children. I would really encourage anyone considering a dog to adopt one.

You can find more information about adopting a greyhound at Steel City Greyhound's website and at The Greyhound Project.  Steel City Greyhounds is also a wonderful organization staffed entirely by volunteers.  If you have spare time or money, they could certainly use your help.
Contact Information﻿